Magic Dance are set to release their Frontiers Music Srl debut, “New Eyes” on December 7th. Magic Dance was born in 2012 on Long Island, NY as a solo project for singer/songwriter Jon Siejka.

In late 2017, Jon and Magic Dance were signed by Frontiers after impressing label President Serafino Perugino with their last independent release, “Vanishings”. For this new album, Jon collaborated with Jack Simchak and Tim Mackey on guitars, Mike Peniston and Kevin Krug on bass, and Kevin McAdams on drums. While the sound is now heavier and more guitar oriented, the sound leans way more towards classic AOR, with strong hints of the sounds of the mid 80’s (think Loverboy, Heart, Survivor, etc).

Siejka talks about how “New Eyes” came to life and the meaning behind it:

“This album was written and (mostly) recorded in my bedroom during the spring and summer of 2017. I tracked drums at Virtue and Vice Studios in Brooklyn, NY with engineer Anthony “Rocky” Gallo (The Cult, Tycho, The Killers) and Kevin McAdams on drums. Bass was tracked at Tone Tent studios in Stanhope, NJ by Kevin Krug and Mike Peniston. It continues the AOR style of my last album “Vanishings”, but branches off into several new directions. I have called it “New Eyes” because I think it is a fresh perspective on the 80’s style that I’ve been writing in for the past six years. It takes unexpected twists and turns that listeners might not expect…I hope they come along for the ride!”

More Info on Jon Siejka:
Jon Siejka is a self-taught musician and producer, his debut EP, “Another World” was released in May 2013. “The Mirror of Dreams” and “Kiss Scene” EPs followed, all heavily influenced by the iconic synth-pop and film soundtrack music of the ‘80s.

The 2015 release the “Haunting Me” EP marked an evolution in his sound, featuring guitar-heavy cuts like “Still Haunting Me” and “I Wanna Know”. His debut full length album, “Vanishings” is an even larger statement of that evolution, combining ’80s influenced AOR, pop rock, and synth-pop to create a sound uniquely his own. 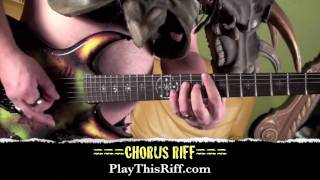 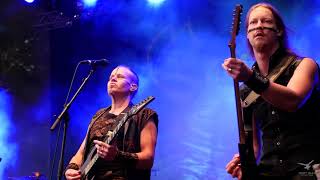 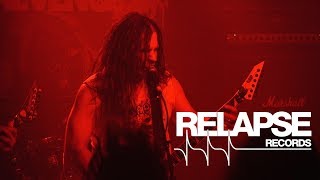 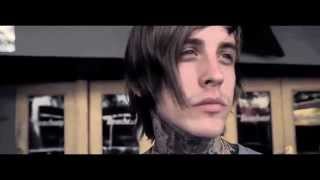 CMS | Did Armored Saint and W.A.S.P. Live Up To Expectations?

CMS | Did Armored Saint and W.A.S.P. Live Up To Expectations?

The Stupidity Of The Entitled College Student

The Stupidity Of The Entitled College Student

Interview with Bassist Anthony Esposito (made with Spreaker)

Interview with Bassist Anthony Esposito (made with Spreaker)

CAP | Primal Fear’s Ralf Sheepers: Has It Really Been 25 Years?

CAP | The Hellacopters’ Nicke Andersson: Reborn In The Eyes Of Oblivion!

CAP | Star Trek On Paramount+: Is There Really A Need For 3 Series?