Read more & order: https://metalblade.com/iotunn/
“We have gathered the seven acoustic arrangements – one for each song from Access All Worlds – in this video. We hope you enjoy it”. – Iotunn

IOTUNN’s prehistory begins in 2009 when guitarist Jesper Gräs wanted to create a 70’s space rock band. After several years of metal he unconsciously felt that he had to start a new adventure – an adventure that led a new band through many phases until the sound of IOTUNN slowly occurred during 2013 and ’14 with metal as the backbone and with no creative restrictions. “The inquisitive search for new musical spheres has been a core energy of Iotunn through the years. At some point a sudden sound emerged and a new kind of freedom of expression came to be which saw us in a whole new creative situation. It all came together in a way beyond words. Feelings, moods, natural scenarios and allegories have been the basis of our way to communicate creativity ever since”, says guitarist Jesper Gräs.

In February 2016 IOTUNN entered the scene with their acclaimed EP, The Wizard Falls, which was mixed by Flemming Rasmussen (Metallica, Morbid Angel, Blind Guardian, Rainbow) at Sweet Silence Studios and a well-received EP cycles lasted for a year and a half when a line-up change became reality.

Guitarists and brothers Jesper and Jens Nicolai and original drummer Bjørn Wind Andersen had to decide whether the band should cease to exist or continue. They decided for the latter! With high spirits Jesper, Jens Nicolai and Bjørn kept on writing for IOTUNN’s debut album and beyond while they always had in mind that IOTUNN would not be IOTUNN without being a full and sustainable circle.

By March 2018 the band found its voice and narrator; Jón Aldará (Hamferd) and the journey of bringing the album its story and full identity could begin – and it began tremendously in November 2018 with the four members setting of with Voyage of the Garganey I. “It was our absolute biggest dream come true when Jón joined the band. We had met him a couple of times at Hamferd and Iotunn concerts and I was deeply touched and literally blown away by his singing and performance. He’s a singer who is artistically in contact with something magically and technically able to break so many boundaries”, says guitarist Jesper Gräs.

But still, the last piece was missing and in October 2019 bassist Eskil Rask (Sunless Dawn) joined IOTUNN, recorded the bass for the album and completed the circle. “When Eskil joined the band we already had a deadline when we had to go mix and master the album. He just went for it! He really strengthened the band musically and as a collective”, says drummer Bjørn Wind Andersen.
In early 2020 Jesper, Jens Nicolai and Bjørn set for Gothenburg, Sweden, where Fredrik Nordström (In Flames, At the Gates, Dimmu Borgir) mixed and mastered the album at Fredman Studios. The result is “Access All Worlds”. Seven songs driven by creative curiosity and artistic honesty. Seven songs that initiate feelings and reflections. “Access All Worlds” is an epic; a cosmic and contemplative journey of energetic beauty and ferocity that reflects on human existence set in a storyline following daring space travelers. The music is grounded in roaring, colorful drumming and crushing bass, while the sonic horizon is painted with a vast spectrum of guitar-driven expression, all overarched by narration through diverse vocals. “We wanted to make an epic, strong and atmospheric yet rocking record both musically and lyrically. Jón came with the idea based on space travelers trying to find answers to the apocalypse which reflects many of the impressions, feelings and thoughts human life holds that originates from something vast, mysterious, chaotic and breathtakingly spectacular. Everything just went berserk regarding the album theme. Is everything occurring in the lyrics just a dream? Is the album an allegory for any individual’s chapters in life? Where does the album actually start and end? Stuff like that. We find that the album can be interpreted in various ways. For us, the album is a truly exciting journey and we hope it will be for the listener as well on his or her own terms”, says guitarist Jens Nicolai.

Visually, “Access All Worlds” is completed by Nicole Kantor (design and layout) and Eliran Kantor (artwork) who has worked with Testament, Atheist, Hatebreed and Soulfly, etc. 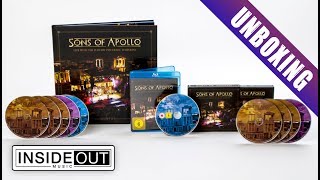 1:03
SONS OF APOLLO – Live With The Plovdiv Psychotic Symphony (Unboxing)
Posted on September 3, 2019 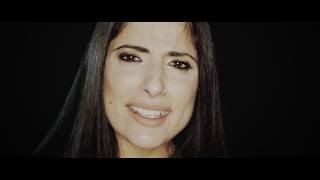 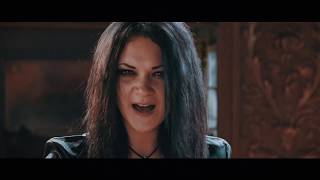 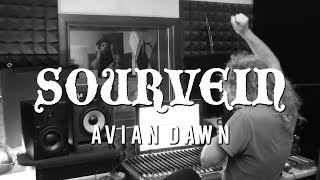