CMS – Netflix And The Hypocrisy Of Hollywood

Subscribe To Our Channel: http://radi.al/SubscribeFrontiers | From the album WE WILL RIDE. Buy or Stream: https://orcd.co/wewillride | Watch the ‘She Won’t Let You Got’ music video HERE: https://youtu.be/IJlXCn96qfU

Up-and-coming British hard rockers Inglorious have announced the release of their fourth studio album, “We Will Ride” on February 12, 2021. This will be their first official recording with new members guitarists Danny Dela Cruz and Dan Stevens and bassist Vinnie Colla, who join original members vocalist Nathan James and drummer Phil Beaver.

The first time the band’s current line-up recorded an album together will be one they certainly won’t forget as they entered the studio in the middle of UK’s COVID-19 lockdown. Staying mindful of the six foot rule as much as reasonably possible, they set about crafting their love letter to rock ‘n roll and hard rock. Recorded in Cardiff with the renowned producer Romesh Dodangoda (Bring Me The Horizon, Bullet For My Valentine, Motörhead), this album sees the band renewed and rejuvenated.

“The writing for this album was honestly the most pleasurable and relaxed experience I have had as a writer,” says vocalist Nathan James. “We had so much fun and made sure not to force the songs that weren’t working. One of my favourite songs, ‘She Won’t Let You Go,’ was actually written by Danny and myself before he was even in the band.”

“I had a lot of time to think about what I wanted to write about on this album due to Covid-19 pushing the recording back twice. I chose to write about things that have inspired me in the last two years. Like everyone right now, I am consuming much more TV than usual, in the form of dark and sinister Netflix documentaries mostly. These have definitely inspired the stories this time around. As far as the sound of the album and the recording process, it was very different than anything this band has done before. Recording with this line up for the first time and also it was our first time ever working with a producer. Romesh Dodangoda has really made this album sound unlike anything we have created before and the new guys have brought influences to our music that I’m super excited to show everyone,” concludes James.

Fans can hear the results for themselves on February 12, 2021 when Inglorious unleashes their new album, “We Will Ride”! 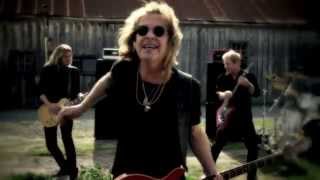 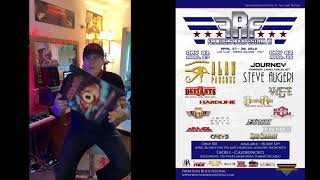 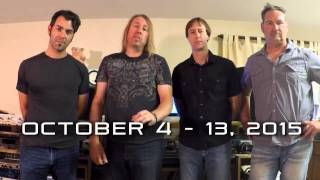