Frontiers Records is pleased to announce the release of the anticipated HOUSE OF LORDS brand new studio album entitled “Precious Metal” on February 21st in Europe and February 24th in North America.

“Precious Metal” is HOUSE OF LORDS’ ninth studio album, following up the critically acclaimed “Big Money”. This brand new release, recorded and produced by the band’s singer and mastermind James Christian, again has a stellar sound, with solid and baroque songwriting mixed with unique melodic sensibilities and amazing musical skills.

Musically “Precious Metal” shows a return to the roots of the band’s sound. James Christian as usual sings his heart out and he sounds better than ever on these new songs. Guitarist Jimi Bell shines with heavy, but melodic riffs throughout the album, with Chris McCarville and BJ Zampa bringing a solid and powerful rhythm foundation to the House of Lords sound.

In James Christian’s words: “When we started to write this record, we knew after the 1st song that we were on to something special. The energy level was off the charts for all of us. Jimi Bell came out swinging and BJ and Chris were just crushing it. Recording this album was very easy as the songs already had arrangements that were complete. Precious Metal is a testament to years of being a band that loves what they do and has so much more to offer in the years to come.”

House of Lords debuted in 1989 with the release of the self-titled album, a monumental Arena Hard Rock release which showcased the soaring vocals of James Christian and instrumental capabilities of the band (which featured ex Angel and Giuffria Gregg Giuffria, along with such luminaries as Lanny Cordola, Chuck Wright and Ken Mary), reminiscent of such frontrunners as Whitesnake, Deep Purple and Van Halen, immediately brought the band to the attention of the media and fans. After another 2 albums released until 2002, House of Lords went into hibernation until the original lineup came back together in 2000, releasing of the controversial “Power and the Myth” an album which featured a sound leaning more towards Progressive Hard Rock with 70’s rock influences.

After a short European tour, singer James Christian decided to go back to the trademark Arena Rock sound of House Of Lords, putting together a new line-up. Since 2006 the band has a stable line-up featuring Jimi Bell on guitars, B.J. Zampa on drums and Chris McCarvill on bass which has been delivering impressive shows and fine releases such as “World Upside Down, “Come to My Kingdom”, “Cartesian Dreams” and the recent “Big Money”.

“Precious Metal” tracklisting includes the following tracks:
Battle; I’m Breakin’ Free; Epic; Live Every Day (Like Its The Last); Permission To Die; Precious Metal; Swimmin’ With The Sharks; Raw; Enemy Mine; Action; Turn Back The Tide; You Might Just Save My Life.

HOUSE OF LORDS have already confirmed the following tour dates in Europe (more are in the works): 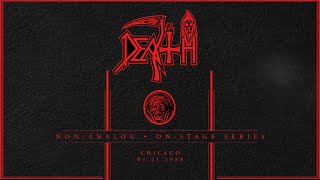 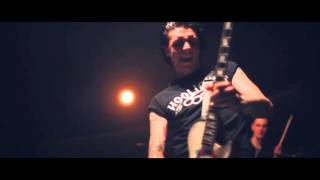 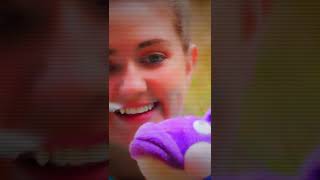 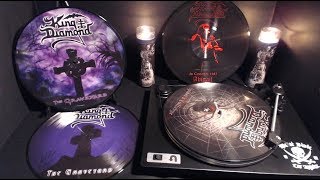 The Psycho-Head Blowout Podcast Counts Down The Top 10 Dokken Songs.

The Psycho-Head Blowout Podcast Counts Down The Top 10 Dokken Songs.

Slaughter’s THE WILD LIFE or FEAR NO EVIL?

Slaughter’s THE WILD LIFE or FEAR NO EVIL?

CAP | Ozark Ends and Cruella Begins… But Are Either Any Good?

CAP | Ozark Ends and Cruella Begins… But Are Either Any Good?

CMS | A Chance To Devolve With Beatallica