From the album FANS OF THE DARK. Buy or Stream: https://orcd.co/fansofthedark | Subscribe To Our Channel: http://radi.al/SubscribeFrontiers

After the release of their debut single, ‘Escape From Hell’ featuring Ryan Roxie (Alice Cooper) last month, Sweden’s Fans Of The Dark have now announced the upcoming release of their self-titled debut album on November 5, 2021 via Frontiers Music Srl.

“‘Life Kills’ was written during one of the worst years in recent human history, 2020. A year of suffering and loss for many people around the world, it inspired us to view life as the gift it is….something you should truly enjoy and live to the fullest, even if it means you have to remind yourself that someday it ends to be able to push yourself forward. The song needed an insanely driven guitar riff to make such a statement work and I think we got it, together with Alex’s [Falk] brilliantly inspiring take on the vocals,” says drummer Freddie Allen of the new single.

Fans Of The Dark is an exciting new band formed in the summer of 2020 by Freddie Allen, drummer and main songwriter, and lead vocalist Alex Falk. The pair went to high school together in Stockholm and after a few years reconnected recently with a vision to create a band which would mix the melodies and approach of classic and melodic rock with elements of the great metal music of the ’80s. The final result is one of the most exciting things you’ll hear emerging from the fruitful melodic rock in Sweden, showcasing a tight, inventive musical approach with outstanding vocals.

“I had written an album basically on my own during the pandemic,” continues Freddie. ”But I had Alex in mind all the time and I knew that he wanted to do this. His voice is just an absolute monster and I thought it would be interesting to hear that voice singing on top of some really great songs driven by guitars, bass, and drums. That was the start of it.”

The last two pieces of the puzzle to complete the band’s lineup were Robert Majd (Captain Black Beard, Metalite, Nighthawk) who came in on bass and Oscar Bromvall (Palace, Code Red) on guitar. Mixing and mastering was handled by Mike Palace (Palace, Kent Hilli).

“Now, all we want to do is record more albums and in the future play these songs in front of a live audience and really put on a show,” says Freddie. “I have confidence in the material, and in our abilities as songwriters and performers. 2020 was the worst year in recent human history, 2021 has already been a lot more hopeful, and I know that 2022 is going to be even better. So, bring it on!”

Get ready for a fantastic ride!

Tracklist:
1. The Ghost Of Canterville
2. Escape From Hell
3. The Running Man
4. Dial Mom For Murder
5. Life Kills
6. Rear Window
7. The Foreigner
8. Zombies In My Class 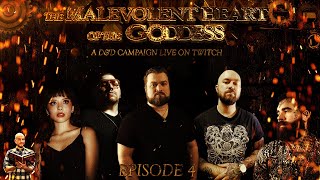 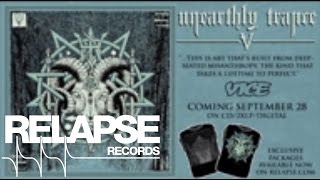 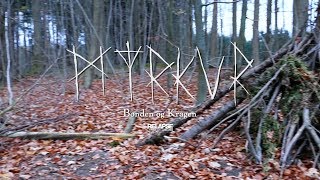