On this episode of TREMORS, Matt & Chris start the show off by talking about the divisive nature of Touch Tunes and the reason why businesses tend to ignore regulating the style and genre of music that is allowed to be played in social settings. Matt talks about his experience seeing Alice In Chains on their current tour and then exorbitant amount of money it costs rock and metal fans to see their favorite bands. The guys continue their recent discussions on the ramifications of nepotism in metal and how touring as the opening act on a well received package tour doesn’t have the same positive effect on bands as it once did. The guys over this months METAL MEDIA MOCKERY as well as present New Jersey’s early 90’s metal influenced Buzzskill Band Of The Month INCOGNITO THEORY and the video for the single ‘Sunset Moonshine’. Matt & Chris round things off with an in deoth discussion on the recent resurgence and nostalgia of 90’s influenced hard rock and metal and how the  dawn of the 80’s nostalgic era.

Please take a moment to subscribe, share and leave us a 5 Star Review for this episode! It helps us grow and do better episodes for YOU!!   Get all the metal music, videos, shows, commentary, interviews, radio and tv at http://www.thecmsnetwork.com

**NOTE: Everything said here, and on every episode of all of our shows are 100% the opinions of the hosts. Nothing is stated as fact. Do your own research to see if their opinions are true or not.** 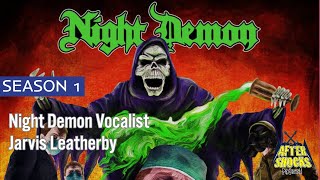 Who’s On The Countdown Show

Who’s On The Countdown Show

CAP | What Kind Of Dumb Things Did You Do As A Kid…?

CAP | The Outlaws On Amazon Prime