Subscribe To Our Channel: http://radi.al/SubscribeFrontiers | From the album “Sounds From The Notebook – The Demo Sessions”. Buy or Stream: https://orcd.co/soundsnotebook

This the original demo version of Revolution Saints ‘Back On My Trail’. Watch the video for the officially released version here: https://youtu.be/t_-oy6dRJt8

Alessandro Del Vecchio has released “Sounds From The Notebook – The Demo Sessions,” a collection of the original versions of tracks later recorded by Hardline, Revolution Saints, Find Me, Edge Of Forever, Place Vendome, Sunstorm, and more.

Alessandro Del Vecchio has become a household name in the modern rock scene, associated with bands like Hardline, Jorn, Revolution Saints, Edge Of Forever, and more. From producing to songwriting, Alessandro’s journey with Frontiers Records has brought the melodic rock world an undeniably vast and successful catalogue of songs. Either as a band member and producer or as an outside writer, Alessandro has helped to shape some of today’s names and very much loved albums from the likes of Hardline, JORN, Edge Of Forever, Revolution Saints, Find Me, and more.

Alessandro’s songwriting contributions and wide range of musical talents is highlighted in the singles that he has penned for the artists who performed the songs, so the idea of creating a compilation of songs of Alessandro’s in their original demo form was born. “Sounds From The Notebook – The Demo Sessions” sheds a light on his creative process and the birth of these songs.

“Sounds From The Notebook – The Demo Sessions” is a glimpse at Alessandro’s original vision of these songs while also digging into his songwriting process, providing a means to understand how his creative mind works. He creates a song all-round, playing all instruments and arranging all parts, and these demos see him playing and recording all instruments, singing all lead and backing vocals and producing. Only “Edge Of Tomorrow” features the song’s co-writer, fellow producer Simone Mularoni on guitars, bass and drums.

For those who know Alessandro only for being a producer, or singer, or keyboard player, this compilation will give a complete view of him as an artist.

“I’m a songwriter by nature. When I was a kid I wanted to become a musician to write my own songs. I was never attracted to just singing or playing, I wanted to find my own voice and sound through the songs I could write. I just sit down and write….I could write any day, any time. It’s a very natural process for me, like a catharsis. I see and hear sounds and stories everywhere….for me life and the world are endless inspirations. Obviously when I write for myself I’m telling my stories, singing my vision, but when I write for somebody else I try to stay true to the artist themselves. But always try to write songs that are a positive outlet. I am not the kind of songwriter with a bunch of ideas always “in the drawer” as to me creation is a moment. I sit, write, record, and complete things as they come to me. When Frontiers came up with the idea of a demo collection of my songs, I was on one hand humbled because I’m a band guy, a team person, but on the other hand, very enthusiastic as I could release some of these songs as they were in their original forms. All these demos have been written, arranged and recorded in a matter of very few hours. When I write I don’t sit on an idea. It’s like I hear the whole song finished in my head and I just channel that creative instinct out. In some places you will hear a one take vocal line, raw angles on guitars, myself playing guitar solos, but the purpose of this album is exactly this: to show the true, raw, real nature of these songs. Picture me, alone in my studio, surrounded by my instruments, a microphone and a notebook and then close your eyes and push play. You’ll be there with me, in that moment when out of a sound in my head, these songs became music.”

The tracklist is a travel through time on the alliance between an artist and his label.
1. The Road To Nowhere (Find Me)
2. Through (Gioeli-Castronovo)
3. Back On My Trail (Revolution Saints)
4. Set The World On Fire (Gioeli-Castronovo)
5. Edge Of Tomorrow (Sunstorm)
6. Fever Dreams (Hardline)
7. Take You Home (Hardline)
8. Turn Back Time (Revolution Saints)
9. Power Of Music (Place Vendome)
10. Who Did You Run To (Resurrection Kings)
11. Promised Land (Edge Of Forever)
12. Where Will We Go From Here (Hardline) 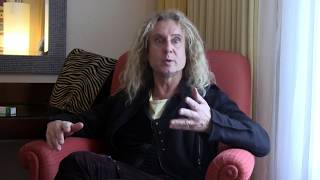 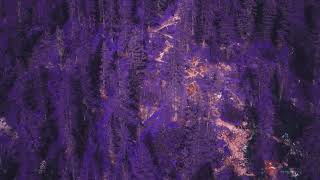 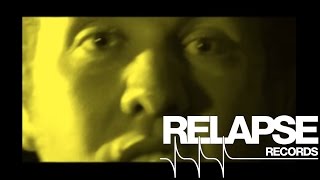 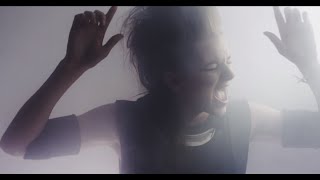 CMS – Losing Street Cred Once You Have Money